So inadequate is the activity of a brain, the basis and instrument of science, and this limitation naturally also affects what it produces, hence all science itself. Thus science does indeed subsequently help to elucidate, classify and arrange all that it receives ready-made from the creative power which precedes it; but when it seeks to assume leadership or offer criticism, it must inevitably fail so long as it binds itself so firmly to the intellect, that is, to the perceptive capacity of the brain, as it has done hitherto. For this reason erudition, along with those who adjust themselves to it, always remains clinging to details; whereas each man carries within himself, as a gift, the great inconceivable whole, and is fully capable of attaining to the noblest and highest without laborious study!

Therefore away with this needless torture of spiritual enslavement!

He who bears within himself the firm volition for what is good, and strives to give purity to his thoughts, has already found the way to the Highest! All else will then be added unto him. This requires neither books, nor spiritual strain; neither asceticism, nor solitude. He will become sound in body and soul, freed from all pressure of morbid pondering; for all exaggeration is harmful. You are meant to be human beings, not hothouse plants which through one-sided cultivation succumb to the first puff of wind! Heed not the dissensions of the churches. After all, what are the creeds today? 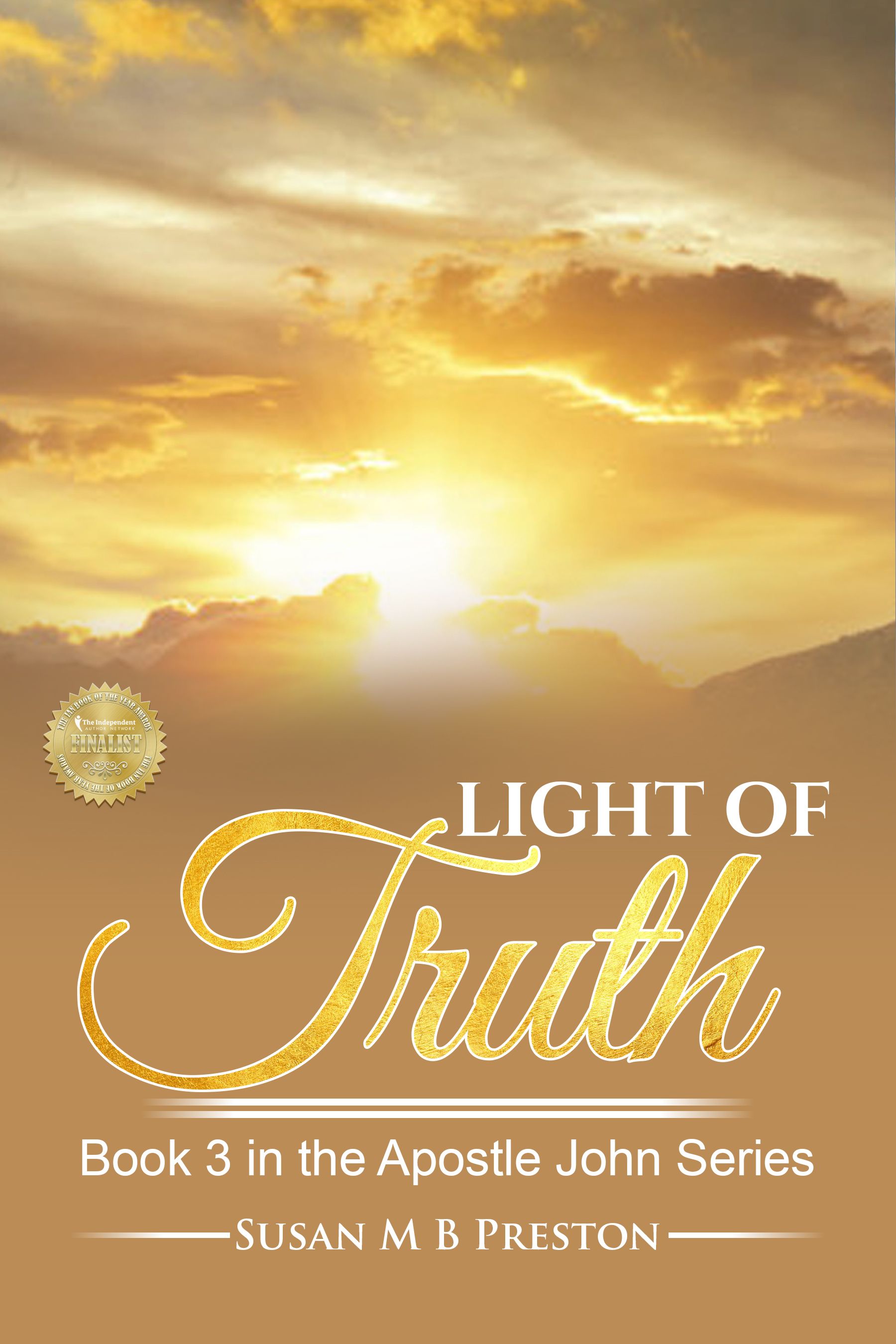 A shackling of the free spirit of man, enslavement of the Divine spark dwelling within you; dogmas that seek to compress the work of the Creator, and also His great Love, into forms moulded by the human mind. This indicates a dishonouring of Divinity, a systematic disparaging. Every serious seeker is repulsed by such things, because they prevent him from ever experiencing the great reality within himself. As a result his longing for the Truth becomes increasingly hopeless, and finally he despairs of himself and of the world!

Shatter the walls of dogma within you, tear off the bandage, so that the pure Light of the Highest may reach you undimmed. Then your spirit will soar aloft in exultation, jubilantly sensing all the great Love of the Father, which knows no limitations of earthly intellect. You will at last know that you are a part of this Love; you will grasp It easily and completely, unite with It, and thus gain new strength daily and hourly as a gift, enabling you to ascend out of the chaos as a matter of course! Just let us look more closely at all those people who today with special eagerness are seeking a spiritual helper, those who, inwardly uplifted, are awaiting him.

In their opinion they themselves are already thoroughly prepared spiritually to recognise him and to hear his word! On calm observation we notice a great many factions. They formed a false picture of it. As usual, this was due to their wrong self-assessment, their presumption. Instead of the former veneration and the preservation of a natural gulf and sharp demarcation towards their God, there has arisen on the one hand a plaintive begging which always wants only to receive, but on no account to contribute anything itself.

Again, on the other hand, people imagine they are so self-reliant, so independent, that they can do everything themselves, and with a little effort even become Divine. There are also many people who only demand and expect God to run after them. Inasmuch as He had already once sent His Son, He proved thereby how greatly concerned He is that mankind should draw near to Him, indeed that He probably even needs them! Wherever one turns there is nothing but presumption to be found in all things, no humility.

True self-assessment is lacking. In order really to be a human being, and begin his ascent as such, it is first of all necessary for man to descend from his artificial height. Today, spiritually puffed up, he is sitting in a tree at the foot of the mountain, instead of standing with both feet firmly and securely on the ground. Thus unless he first comes down or falls from the tree he will obviously never be able to climb the mountain. Meanwhile, however, all those who went their way calmly and sensibly on the ground beneath his tree, and upon whom he looked down so haughtily, have probably arrived at the summit.

In the Light of Truth – The Grail Message, Volume 2 (eBook)

But events will come to his aid; for in the very near future the tree will fall. When he is so roughly shaken down from his precarious perch, perhaps man will then once more come to his senses. But for him it will then be high time, he has not a single hour left to waste. Many now think that life can continue in the old way, as it has done for thousands of years.

Stretched out comfortably in their armchairs, they are awaiting a strong helper. In the first place they expect or, just to be quite correct, demand that he should prepare the way upward to the Light for each individual! He must exert himself to build bridges to the path of the Truth for the adherents of every religious faith! He must make it so easy and intelligible that everyone can understand it without effort.

His words must be so chosen that their rightness will immediately convince one and all. As soon as man must exert himself and think for himself, then the helper is not a proper helper. For if he is called to lead and to show the right way through his word, he must then naturally also exert himself for men.


It is his duty to convince men, to awaken them! After all, Christ also gave His life. The helper will surely not awaken them, but will let them sleep quietly on until the gate is closed and they can find no entrance into the Light, because they cannot free themselves in time from the sphere of matter, for which the word of the helper showed them the way. Since in their so-called progress mankind today no longer know what they really want, they will at last have to experience what they must!

As they both seek and criticise in a supercilious way, this type of people will pass by, just as even at that time so many also passed by Him for Whose coming everything had already been prepared through the revelations. He will not budge an inch to make concessions to mankind, and wherever he is expected to give he will demand! That man who is capable of serious reflection, however, will immediately recognise that just this strict and uncompromising demand for attentive thinking contains what is best, and what mankind, already so deeply entangled in spiritual indolence, need for their salvation!

It is just by demanding spiritual alertness right from the beginning, together with an earnest volition and self-exertion for the understanding of his words, that a helper easily separates the grain from the chaff already at the outset. An automatic working lies in this, as it is in the Divine Laws.

The Light of Truth by Swami Dayanand Saraswati

Here, too, men receive exactly according to their actual volition. Naturally these have formed an entirely different picture of a helper, as can be read from reports. It is no less grotesque, however, for they expect him to be … a spiritual acrobat! In any case, thousands already suppose that clairvoyance, clairaudience, clairsentience, etc. These arts, whether acquired, cultivated, or even a natural gift, can never rise above the constraint of this earth, thus they only operate within low limits, can never claim to any height, and are therefore almost worthless.

Is that the way to help the ascent of mankind — showing them, or teaching them to see and hear, ethereal things which are on the same level as they are? This has nothing to do with the actual ascent of the spirit, and is to equally little purpose for earthly happenings! In the converted person we see a pale reflection of this goodness. The good man is one who thinks about love, beauty, and truth—not just in the realm of majestic mountains, surging seas, gorgeous flowers, and sunsets, but more specifically in his fellow man.

He wants to alleviate suffering and to mitigate wrongs. He consciously looks for ways to benefit others. Because he is not out to gratify himself, His works are the opposite of the self-centered works of darkness. The good person is the benefactor of the weak, helpless, and those in trouble—and sometimes even of the evil. In the presence of Cornelius and his family, Peter says of Jesus , "God anointed Jesus of Nazareth with the Holy Spirit and with power, who went about doing good and healing all who were oppressed by the devil, for God was with Him" Acts The Scriptures speak frequently of Jesus' healing all who came to Him without qualification as to who they were.

He sharply rebuked those who had the power to do good but did not. Though He at times ate with the "respectable" of the cities and villages, He was known to keep company with publicans and sinners. He flatly states that He did not come for those who were well, but for those who needed a physician Matthew As a man Jesus continued to follow the same pattern He established as God above, and in so doing He gave us a perfect example to follow within our contacts and power. Ritenbaugh The Fruit of the Spirit: Goodness.

God's Word is truth John We have to walk in the light "as He is in the light. We are in union with Him. John is telling us how we become clean: We become clean as we apply God's Word. It gets in us and begins to clarify and purify our thinking. But it does not become a real cleansing until it begins to be used. Then, it begins to clean up our bad habits and thinking processes.

Writings of an Anti-Lynching Crusader

The thinking processes change according to our action , our behavior. If we keep doing the same things all the time, nothing changes. We are resisting. If we live as He lived, then we become cleansed. This is what holiness is. If we do that, then we will produce fruit—it is impossible not to! Therefore, he frames matters in absolute terms, offering no middle ground regarding sin and one's relationships with God and fellow man. It must be this way because this is our one and only opportunity for salvation, and sin was what cut us off from God in the first place, causing us to need salvation.

We do not want to fall into that position again. Sin is serious business! Regarding our moral and spiritual conduct, we must recognize that there is no twilight zone, especially in our relationship with God. A Christian cannot muddle around morally or spiritually, thinking that sin is a rather minor affair. It cost Jesus His life! In this relationship, which is in reality preparation for a marriage, love and loyalty are extremely important.

John spells matters out as either light or darkness, love or hatred, all absolutes. Where love is absent, hatred rules in darkness. Where love prevails, there is light. Through the word "darkness," John is disclosing that, because of the sin or hatred, a lack of love for a brother, the relationship with God declines. Notice in verse 11 that the sin John mentions is against a brother, meaning a fellow church member. Hatred is not a trifling matter! Later, in I John , John says that one who hates his brother is a murderer.

What is the result?